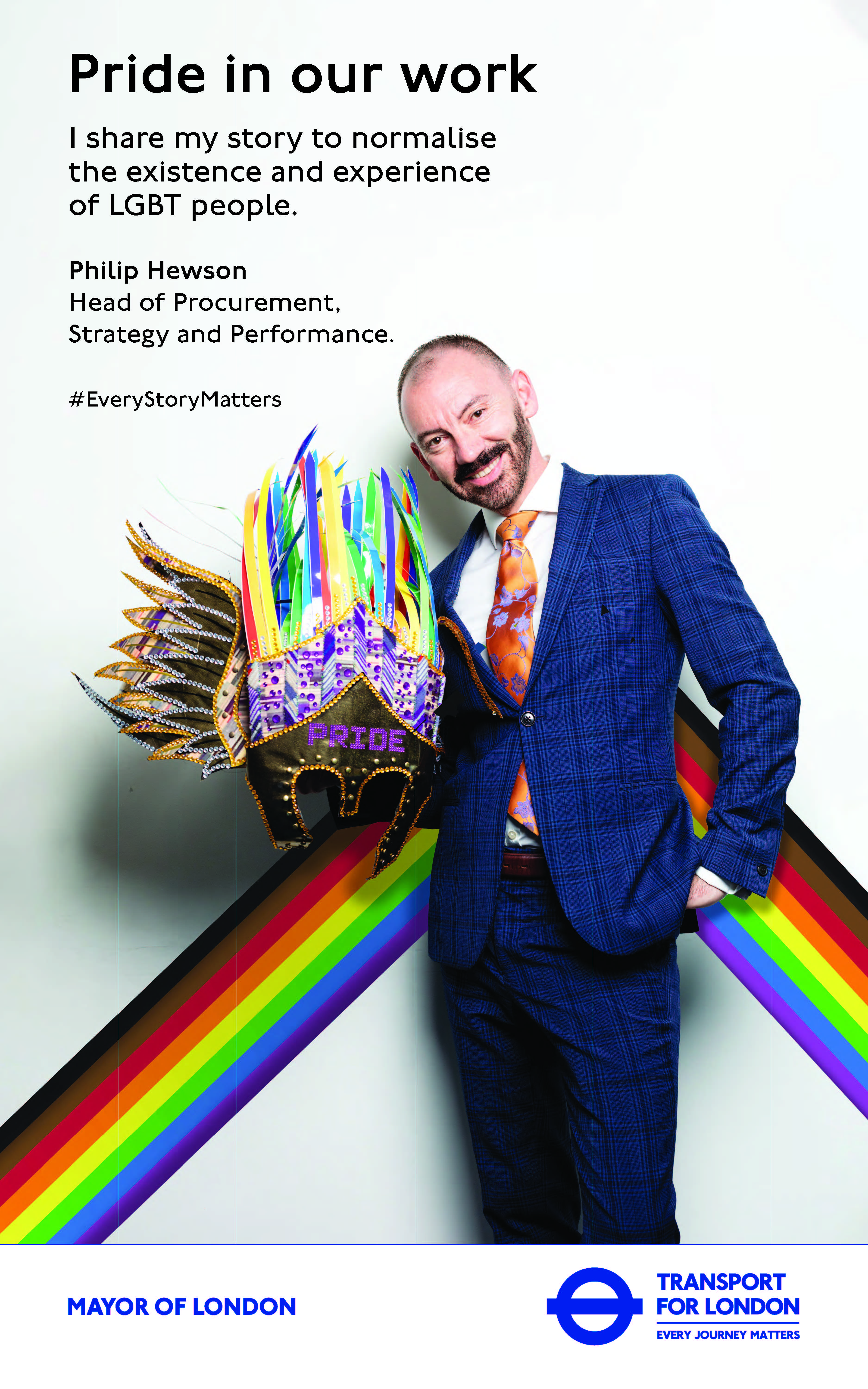 Head of Strategy and Performance, Procurement and Supply Chain

Philip took digital and microelectronic engineering as a sandwich course while studying process control engineering with ABB Combustion Engineering.  After qualifying in 1988, Philip moved into the emerging area of Information and Communication Technology. Philip joined TfL in 2001 to implement the Congestion Charging scheme and was the commercial lead for the highly successful Cycle Hire Scheme (now Santander Bikes).  After six years of leading and transforming TfL’s technology and data commercial teams, Philip took up the role of deputy director and Head of Strategy and Performance, Procurement and Supply Chain.

Philip is a high-profile advocate for diversity in TfL and is a founding member of TfL’s Diversity and Inclusion Leader initiative and has been supporting OUTbound, TfL’s LGBT+ Staff Network group, for the past four years.

Philip first attended “Gay Pride” in London in 1990 and has championed, led and organised TfL’s corporate entries in London Pride for the last two years.