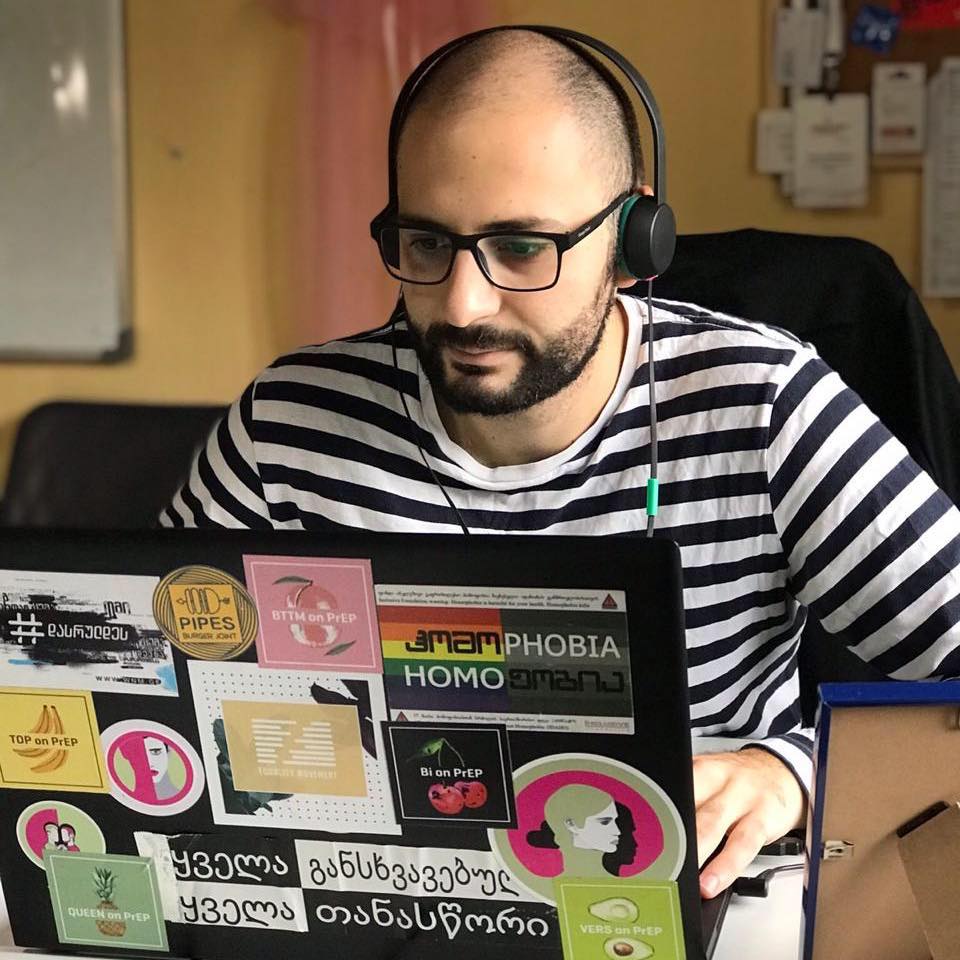 David is Executive Director of Equality Movement, a LGBTQ+ rights NGO fighting for progress and against homophobia in Georgia. He is also an LGBTQ+/AIDS activist and founder of HOROOM Nights in Georgia.

David has been involved in LGBTQ+ activism since 2007 and has been working in HIV/AIDS issues since 2014. His academic research has also been in this field.

In 2016, David and the Equality movement put their heads together with Tbilisi’s techno mecca Bassiani to create the first ever queer events series in Georgia. HOROOM Nights has become the biggest, most influential queer party uniting LBGTQ+ people the whole of the New East, often hosting guests from Armenia, Azerbaijan and other neighboring countries.