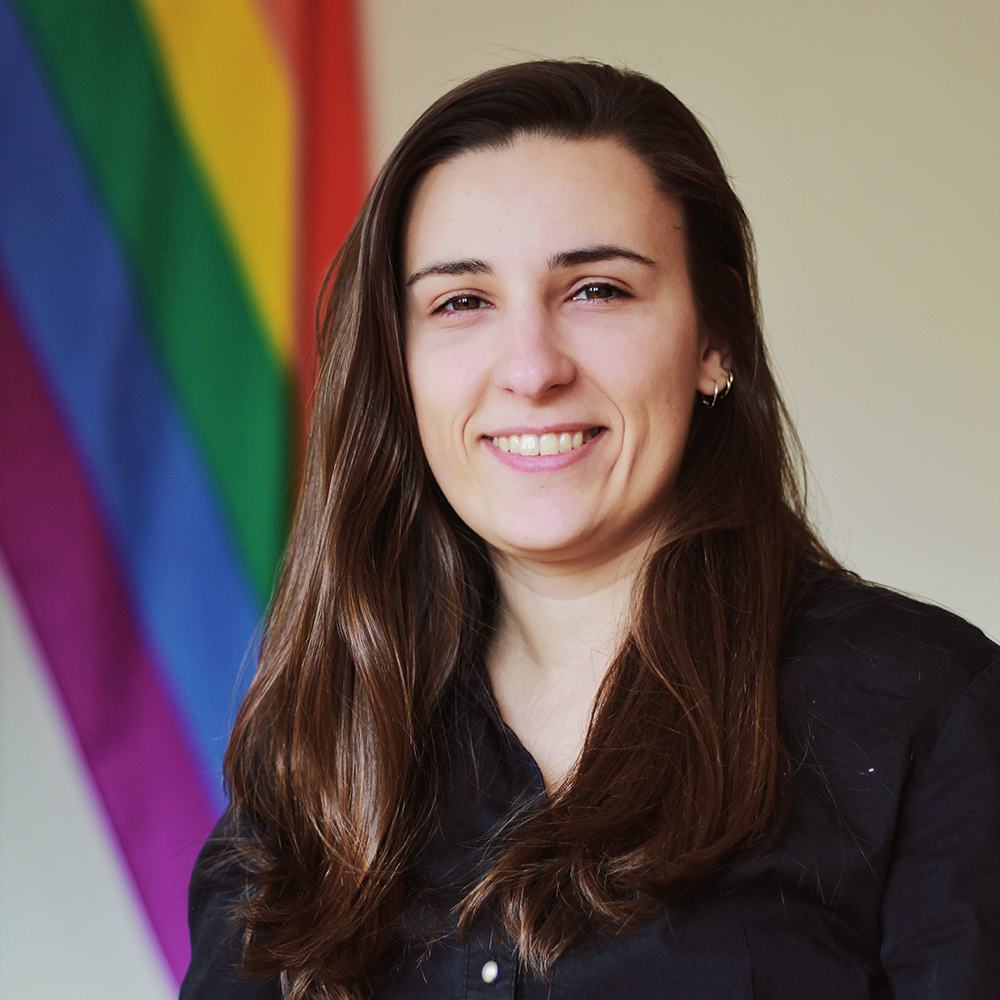 Angelina Ivanova first joined Subversive Front in April 2016 as a volunteer, and from September 2016 until 2019 as the programme coordinator with the main responsibility on the organisation’s institutional development.

She studied at the Faculty of Computer Science and Engineering. Her activism began in 2014 when she participated in the Gay Games in Cleveland, USA, where she was the first and so far, the only Macedonian participant. Since then, she has been working with the LGBTQ+ community in Macedonia, especially in the field of sports.

She is now the Director of Finance and Administration in Subversive Front, and leading the amateur LGBTQ+ sports team called “Cakana”.