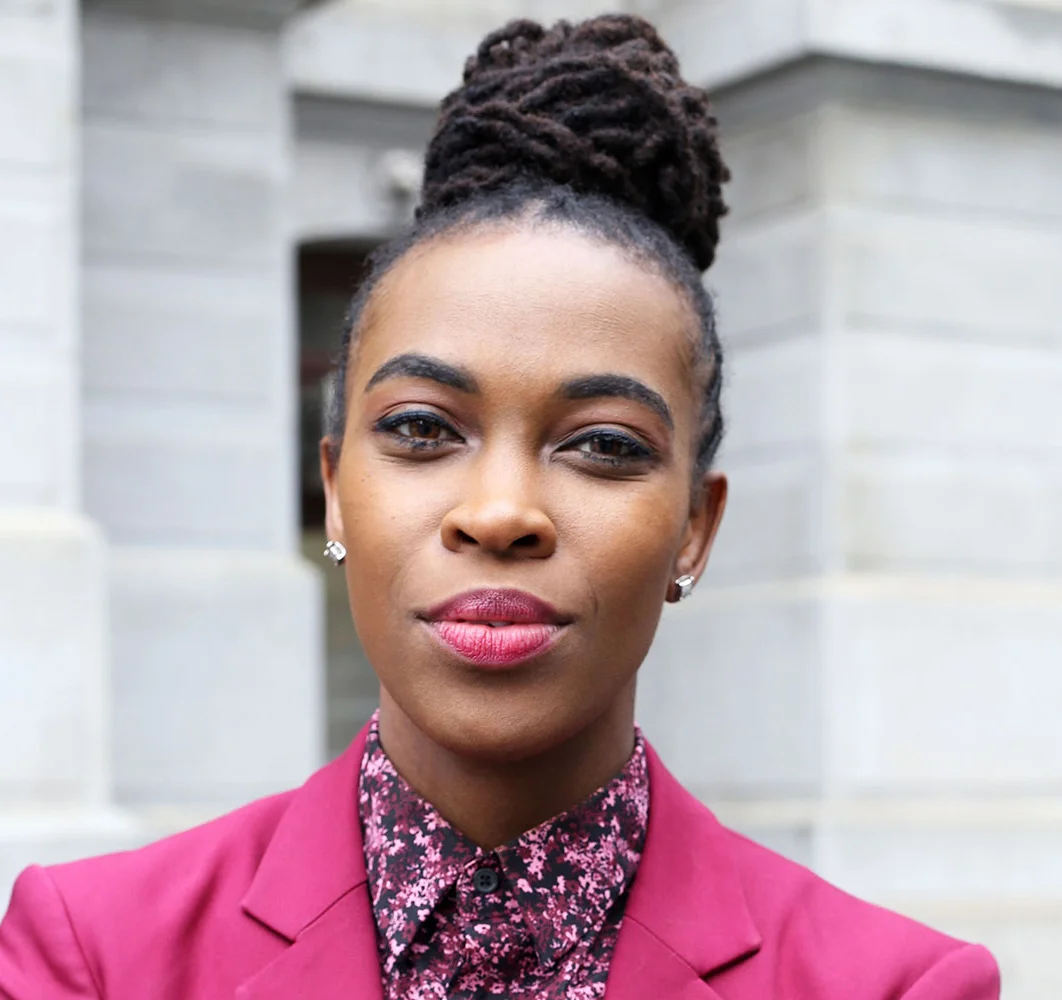 Amber Hikes (they/she) is a social justice advocate, community organizer, TED Talk Speaker, and unapologetically queer and Black. As the ACLU’s first Chief Equity and Inclusion Officer, they provide vision, leadership, and direction for the ACLU’s nationwide strategy to support equity, diversity, and inclusion (EDI) across all aspects of the organization’s work and efforts. Amber serves as both the internal and external ambassador on the importance of EDI as a crucial cornerstone of the ACLU’s culture of belonging.

In 2017, Amber introduced the world to the More Color, More Pride flag, launching a global conversation around anti-racisim in the LGBTQ community. On the heels of this monumental work, Amber released a TED Talk helping all of us be better mentors, sponsors, and believers in collective liberation. With 2 million views, Amber’s TED Talk has built a network of intersectional accomplices changing the landscape of equity, inclusion, and belonging in the workplace.

Prior to joining the ACLU, Amber served as the Executive Director of the Philadelphia Mayor’s Office of LGBTQ Affairs where they developed policy and served as the principal advisor to the Mayor on issues that affect the LGBTQ community. At the Mayor’s Office, Hikes set their sights on fighting and advocating for the most impacted populations within the LGBTQ community – specifically youth, elders, immigrants, transgender people, and people of color. In their time leading the office, Amber advocated for anti-discrimination legislation at the municipal level, passed one of the nation’s most trans-inclusive police policies and added black and brown stripes to the rainbow flag, prompting an international conversation about race and discrimination within the LGBTQ community.

A community organizer from an early age, Amber’s full-time career began in education access advocacy—as the youngest Upward Bound director in the country, at the University of Pennsylvania. The moral compass of Amber’s work, intersectional inclusion, can be traced throughout her organizing and her work supporting and facilitating the pursuit of postsecondary education for youth of color experiencing poverty and homelessness.

Hikes has been recognized nationally by OUT Magazine as “Community Organizer of the Year” in the 2018 OUT 100 and by Business Equality Pride as one of the 40 LGBTQ Leaders Under 40. Hikes earned a Master’s Degree in Social Work from the University of Pennsylvania and Psychology and English degrees from the University of Delaware.

Amber believes in employing an intersectional lens in all aspects of community work and leans daily on the words of sister Audre Lorde: “There is no such thing as a single-issue struggle, because we do not live single-issue lives.”